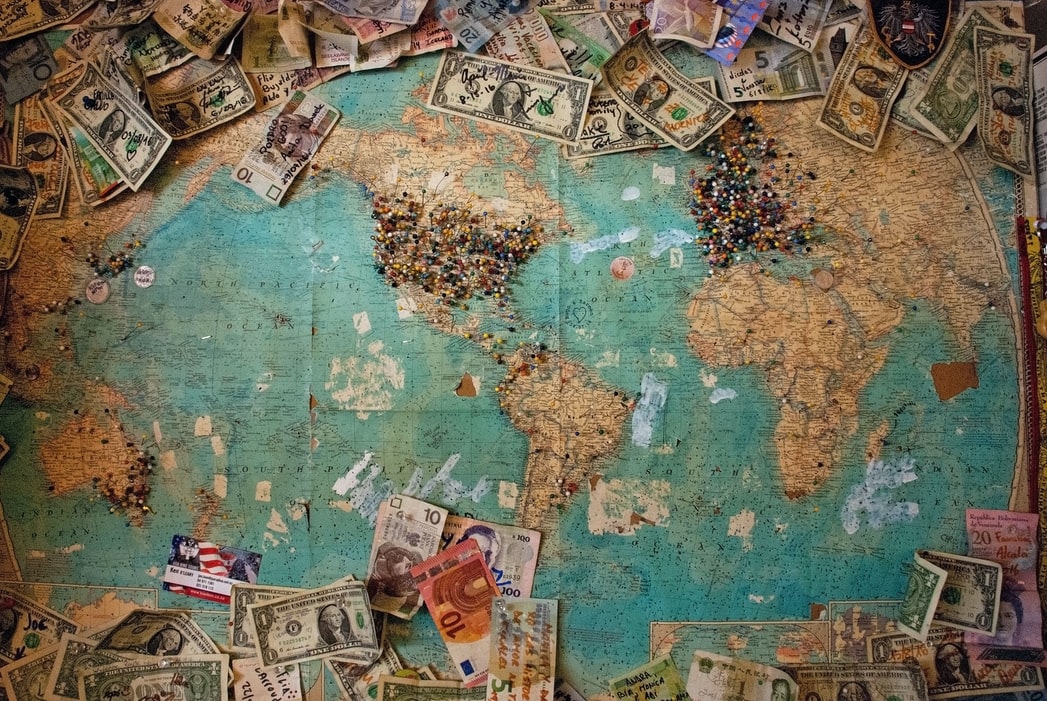 In the aftermath of World War 1, the 1919 Treaty of Versailles ordered Germany to pay huge reparations (totaling 132 billion German Marks or roughly $400 billion in today’s dollars). By late 1922, pointing to the lack of funds, the Weimar Republic missed a reparations payment which set off a chain of events that led to hyperinflation. A loaf of bread, which had cost about half a Mark in 1918 sold for over 200 million marks by the autumn of 1923.  People burned loads of currency notes for heat when it turned out that it was cheaper to do so than to buy firewood. By the autumn of 1923, it cost more to print a note than the paper note was actually worth. “My father was a lawyer,” says Walter Levy, an oil consultant in New York, “and he had taken out an insurance policy in 1903, and every month he had made the payments faithfully. It was a 20-year policy, and when it came due, he cashed it in and bought a single loaf of bread.” Money seems to have a life of its own- it can rise and fall in value, promise a better life and hide the key to freedom all at once.

Why do we go to work? A multitude of reasons, of course. But you’d be hard-pressed to leave money out of that list. After all, we need to take care of basic necessities, save for a rainy day, make a home, and so on. The role of money in our lives is undeniable. However, does money make our jobs more enjoyable? A meta-analysis that looked at 120 years of research found that there is a very weak association between salary and job satisfaction. Moreover, extra incentives have been shown to actually decrease participants’ motivation for tasks deemed inherently interesting by them.  The average person will spend 90,000 hours-or a third of their life- at work. Another third is spent sleeping. Suffice it to say, the way we work forms a large chunk of how we live. If the end game is to raise human consciousness, our work lives are a prime candidate for reform. Money would be a poor substitute for the drive to work wholeheartedly.

Does money (and our attempts to make more of it) cause us to sink into our karmic baggage? Is it possible to handle money on a daily basis and still avoid creating unwanted karma?

To the spiritual seeker, it is important to keep one’s distance from karma. Any activity performed in compulsion leads to the accumulation of further karma and is a step backward. Our approach to money, then, must not enslave us into repetitive cycles. How can this be done? One place to start is to see money for exactly what it is- a tool. We use many tools on a day-to-day basis- forks, knives, toothbrushes, jackets, watches. And yet, we don’t obsess about collecting toothbrushes. Money, although, unlike a toothbrush, is still simply a tool- a means to an end. It has no value of its own and is ruled by our collective belief in its existence. The word “credit” derives from the Latin credere meaning  “to believe”. Systems of banking and credit have allowed us to expand our economies and well-being beyond borders. They have given our daily lives flexibility that is easy to take for granted. But, what happens when the tool becomes the goal?

Money intends to represent the value created by the hard work, commitment, and focus of endless people throughout the centuries. However, when we focus overly on creating money, instead of creating value, we run the risk of getting caught in the karmic web we have spun for ourselves. If not profits and balance sheets, what should be the focus and purpose of for-profit organizations and individuals? Value creation and contribution.
“Doesn’t matter if you’re making computers, safety pins, spacecraft, or cars, essentially the fundamental business is of human well being. That’s my business too, that’s why I’m here and you’re here. But you have forgotten your fundamental business- you’ve been caught up in the process of the quarterly balance sheet and forgotten why the hell you’re doing this business”- Sadhguru
If the whole world focused simply on how to do their work to the very best of their ability, human prosperity would grow by leaps and bounds. As a bonus, when we do work in absolute awareness and with an absolute sense of abandon, karma begins to disentangle. Although our work might be ‘for-profit’, life is always a ‘non-profit’ venture. Everything that we have gathered will eventually be left behind. Is it not best that we live with this awareness each moment? Let us see money as it is- no more, no less.

After 40 all the hell breaks loose, It becomes more challenging to maintain the physique into our 40’s and beyond.  This is because of...

Thoughts are very powerful.  All the good and bad that has manifested in this world is the result of thoughts put into action. We...

5 Post-Yoga Healthy Breakfast Ideas You’ll Love Yoga is best done on an empty stomach but what you put in it right after can determine...