The simple and powerful path of karma yoga – the yoga of selfless action. 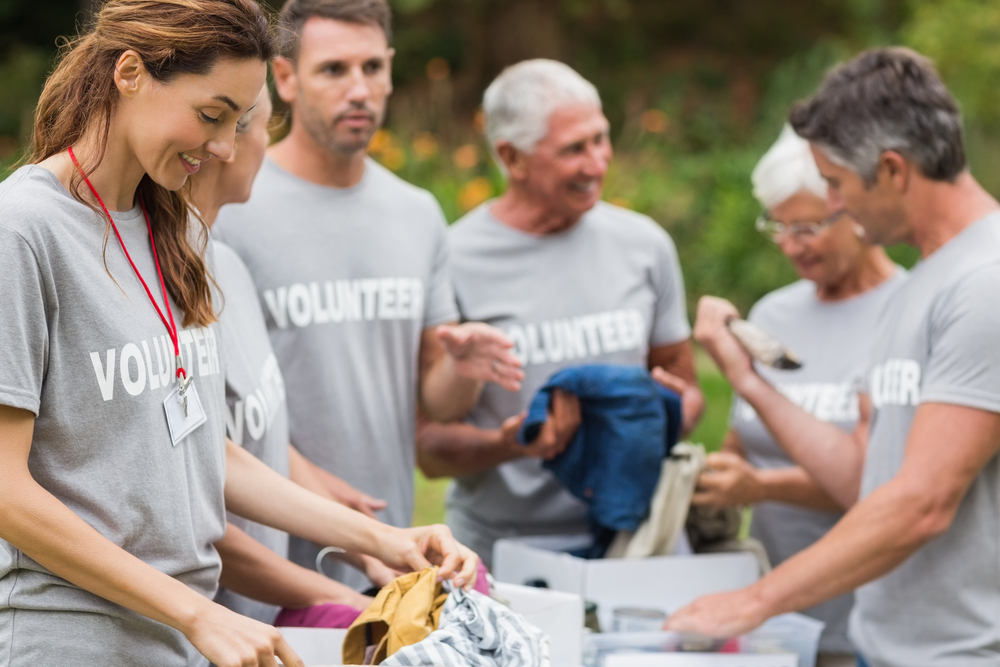 The word ‘yoga’ is often understood in America as a series of body bending poses. But yoga has many more aspects to it than physical postures. It refers to different paths a human being can walk to attain to the state of self-realization. Karma yoga is the path of action, of offering oneself completely to an action without any attachment to the outcome.

As human beings we perform action in some form or the other on a daily basis. When the action is directed in a selfless manner it can open up a powerful doorway to your true self. This is the reason that most spiritual programs have an element of volunteering or ‘seva’ meaning service in sanskrit included in them. The volunteering aspect where one is offering oneself selflessly has a cleansing effect on the mind.

Karma Yoga and Stilling the Mind

Meditation is the act of stilling the mind. When the mind is engaged in focused work, it settles into stillness much easier. Meditation becomes more accessible in this state. While the action is performed, one also expends energy and directs it in a focussed manner. This is an essential skill for a yogi or meditator. The art of learning to generate tremendous energy and channelling it.

Karma yoga is like the Quality of Mercy as Shakespeare describes it in the Merchant of Venice, “It is twice blest; It blesseth him that gives and him that takes”. Since the primary intention behind karma yoga is service without self-interest, the people involved at the giving and receiving ends are both benefitted.

Volunteering in soup kitchens, food pantries and hospice care are some popular ways of performing karma yoga. Contributing to any need of the community or planet beyond one’s self-interest constitutes karma yoga. One of the greatest needs of the hour is environmental conversation. The planet is in dire need of attention to conserve resources and take on pollution.

Any effort directed toward the upliftment of humanity and the well-being of the planet can be great karma yoga. Work that will benefit the future generations and positively impact the planet can be also considered karma yoga. But the scale of the activity is irrelevant in karma yoga. It is the level of involvement and dedication that one is able to offer that truly counts.

What Karma Yoga Is Not

Intention is key to karma yoga. When one performs action with the sole purpose of offering oneself simple action becomes elevated to karma yoga. As the doer gets intensely involved in the action, the distinction between the doer and the act of doing is destroyed. One is then able to experience the egoless, pure Self.

When service is performed instead with the intention of personal gain, it ceases to be karma yoga. The whole idea is to go beyond the idea of the limited self.

Karma yoga is the easiest way to open one’s heart. The therapeutic effects of karma yoga can cleanse one of pain and anxiety as well. As you come forward to give yourself with gratitude, the grace of the divine takes your side. The one who receives the fruit of your action is also touched by this light.

Having been at the receiving end of such a gracious act, the receiver is also propelled to do the same. This creates a circle of love, trust and giving. Karma yoga is a truly beautiful path for those wishing to make an offering of themselves.

How to Sew a Yoga Mat Bag

Yoga is the biggest health trend that is rocking the world, and people everywhere are learning this ancient craft. But they are also making...

What do Guys Wear for Yoga

In terms of what men wear for yoga, it should be something that isn't too complex or complicated. When it comes to yoga attire...

The practice of yoga is an effective way to relieve stress, relax and calm the mind and body. Different yoga poses offer a variety...