Yoga is a very ancient practice that originated in India.  The word ‘Yoga’ is derived from the Sanskrit root ‘Yuj’, meaning ‘to join’ or ‘to yoke’ or ‘to unite’. As per Yogic scriptures the practice of yoga leads to the union of individual consciousness with that of the Universal Consciousness, indicating a perfect harmony between the mind and body, man and nature.  Yoga does not adhere to any particular religion, belief system or community; it has always been approached as a technology for inner wellbeing.

Since its origin in 5000 BC or thereabouts, that yoga has been practiced, yogis and sages developed numerous practices and forms of yoga. These different forms were compiled in the form of “Yoga Sutras” by Patanjali, an accomplished yogi, whose name lives on because of this great compilation, an invaluable contribution to humanity.  In the Yoga Sutra, Patanjali classifies yoga into 8 parts also commonly known as Ashtanga yoga.  Ashtanga yoga literally means the 8 limbs of yoga.  All forms of yoga that we know of today, have their roots in Patanjali’s Ashtanga yoga.

Today, different forms of yoga are being practiced namely – Jnana-yoga, Bhakti-yoga, Karma-yoga, Dhyana-yoga, Patanjala-yoga, Kundalini-yoga, Hatha-yoga, and more.  All these forms aim for the same goal, to achieve a certain state of balance and harmony of mind, body, emotion and energies. Acroyoga is another form of yoga  that combines traditional Hatha yoga with acrobatics. It originated in the late 1990s and has become popular, as it is designed to deliver a wide range of physical and mental benefits. The postures involve strengthening and stretching of the muscles.  Partner work is a key feature of Acroyoga to improve strength and balance as well as building trust. It may also incorporate elements of massage which can relieve stress.  It requires 3 key roles

Some keys benefit of Acroyoga are:

1) Builds the core:  Acroyoga posture uses the core muscles, which helps strengthen it.

2) Uses body weight or calisthenics: the postures are designed to use one’s own body weight, thus heightening the awareness of the body and how it feels in each posture.

3) Builds muscles: As the postures involve lifting the partner, it builds and strengthens the muscles in other areas of the body, besides the core.

4) Stretches: Stretching and extending the muscles to as far as it can go is a big component, and increases blood flow and overall flexibility.

5) Relaxes: The partner component of the Acroyoga brings trust and compassion into play which can be a calming, encouraging and relaxing experience.

If Acroyoga has jogged your interest, explore these beginner poses. When you try the poses, keep in mind that it is important to switch roles (base, flyer, spotter) to create a holistic and balanced practice. You are now on your way to becoming an Acrobatic Yogi.

In this pose, the flyer’s lower back rests against the base’s lower back, extending the stretch for both partners. 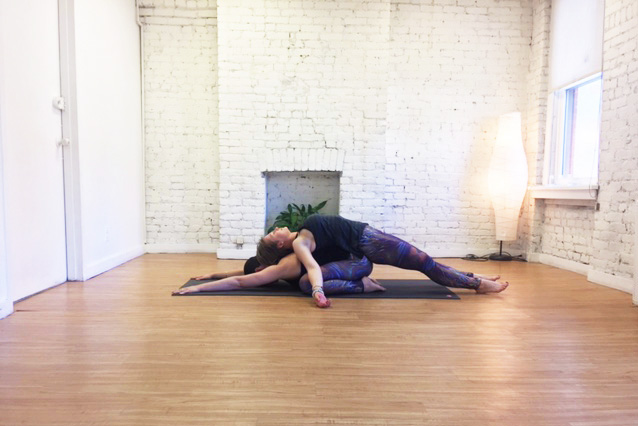 Back to Back Forward Folds

This pose stretches the back and hamstrings. Partners stand back to back with feet wider than hip-distance apart. Elbows are hooked with the base’s elbows underneath. The base’s back has to be straight as they start to lean forward, pulling the flyer with them. 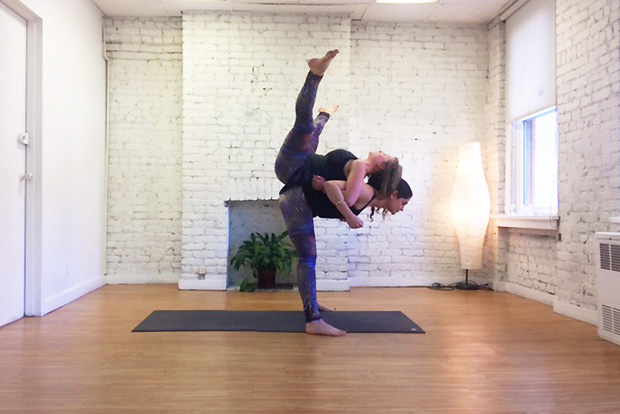 This pose improves balance and stability. The base comes come into a plank position, with their shoulders over their wrists. The flyer will place their hands on the base’s ankles, and rest the feet on the base’s shoulder. 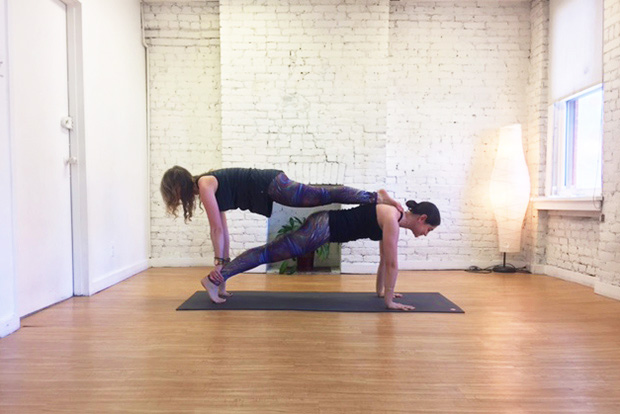 This  pose engages the core. The base may need bend their knees slightly to lift the flyer up and have their shoulders firmly planted on the ground. Flyers, have to maintain eye contact with the partner for the duration of this pose. 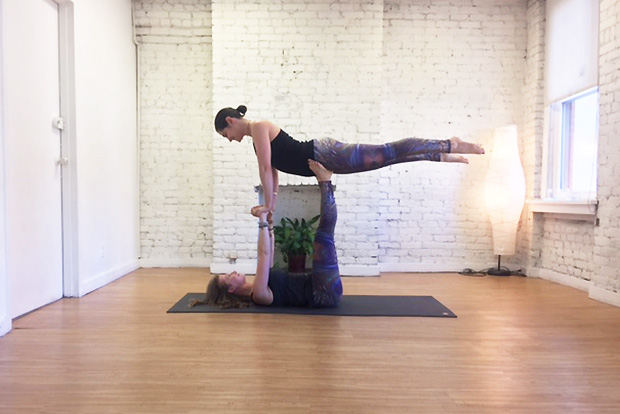 Cleansing your body of toxins involves more than just chugging down green juices and smoothies. For a total physical, emotional, and mental detox, include...

Yoga has long since been a great tool to increase flexibility and muscular strength in our bodies and lives. For this reason, many people...

The first sign of problem with any yoga poses for pelvic floor is not pain. It is discomfort. If you feel the slightest discomfort...